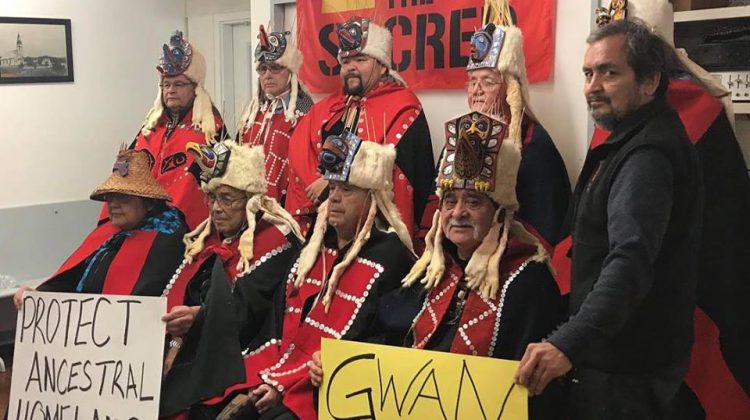 The Hereditary Chiefs have announced they would open the gates at the Unist’ot’en camp to comply with Coastal GasLink’s (CGL) Injunction.

A post on the Unist’ot’en Camp facebook page said the Hereditary Chiefs wanted to avoid the violence that took place at Gidimt’en on Monday when RCMP broke down the first roadblock.

“We are on a path towards a resolution. There is still the need in the morning to get some clarity for the Hereditary Chiefs before finalizing the agreement,” before the gate is opened said Director of in charge of RCMP BC Communications Dawn Roberts.

Fourteen people were arrested when RCMP enforced the injunction at the Gidimt’en roadblock on the Morice West Forest Service Road.

All those arrested were released from RCMP custody on Wednesday.

The Gidimt’en checkpoint had been in place since a judge granted an injunction on December 15th allowing CGL access to the initial checkpoint at the Unist’ot’en camp.

The Unist’ot’en have been protesting CGL’s proposed pipeline for the past 10 years in an attempt to preserve their land and water for future generations.

The Gidimt’en and Unist’ot’en are clans of the Wet’suwet’en.

The Wet’suwet’en Hereditary Chiefs maintain that they have never given up their right and title over their land and have never granted CGL permission to go through their territory.