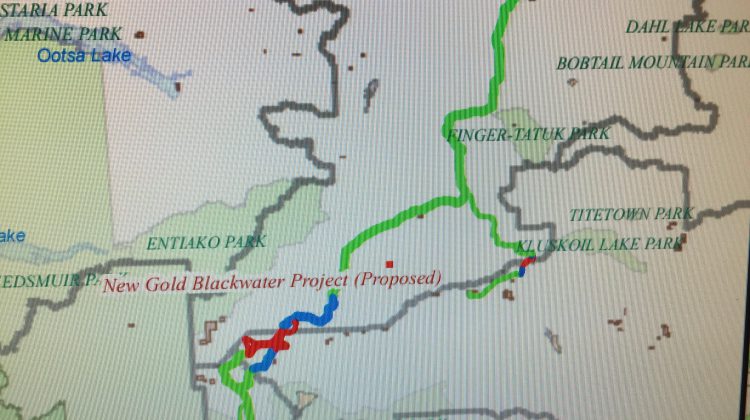 Josh Pressey, District Manager for Quesnel for the Ministry of Forests, Lands, Natural Resource Operations and Rural Development, said public feedback was generally supportive of the road that would provide an emergency exit route for residents of the Lhoosk’uz Dene or Kluskus First Nation, as well as for people in the surrounding area.

“We did receive a couple of comments or concerns around wildfire habitat, and that’s what we’re focusing our mitigation solutions on, along with potential concerns of removing economic diversification from the area as well, from having a connector road.”

Pressey said the connector route they’re looking at would cost an estimated $3.5-million.

“You would head west to Quesnel out the Nazko Highway, past Nazko community and you get on the 4000 Forest Service Road and about five kilometres before you reach the community of Kluskus, the new road location would take off to the north, and then there is about five or six kilometres of new road with a bridge crossing the Blackwater River and then that will be crossing into the Vanderhoof Forest District.”

Pressey said that would then connect to the Blue Forest Service Road on the Vanderhoof side.

He said if it gets the green light construction would begin this year.

– With files from George Henderson, My Cariboo Now