Low Chinook spawning in own backyard a problem: SCWA 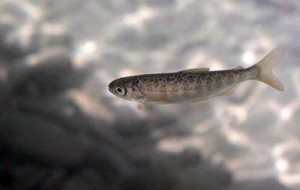 Chinook salmon are in trouble along Northern BC rivers.

That’s according to the Spruce City Wildlife Association (SCWA) in response to a regional report this week by the Upper Fraser Fisheries Conservation Alliance (UFFCA).

The findings determined that of the 16 salmon species in Canada, four are considered threatened, including the Upper Fraser Chinook.

“Last year, I believe we had less than 2,000 chinook in the Upper Fraser and the Nechako River itself. We’ve put in over 500 volunteer hours to try and get broodstock for our hatchery and we ended up having to go down to the Quesnel Watershed to get our eggs. So when we can’t even catch Chinook out of our own backyard for our hatchery, there’s a problem.”

In the report, the UFFCA says its goal each year is to preserve up to 4,000 spawning chinook, but the SCWA says only 1,200 eggs were gathered in 2018.

Not only does Hamilton note this as a problem for the salmon and those who live off of them, but the shortage can’t be linked to a single issue.

“Strategic enhancements are needed and hatcheries are only just one part of the solution. So, if we can have an immediate impact up here, we’re all for it. I really wish we had a definite button we could push and say ‘that’s the problem we need to fix it now,’ but unfortunately there isn’t.”

He said there’s still a ways to go in order to get government approval for a second hatchery in the City.

Hamilton believes engaging with local politicians could also help the cause and the SCWA has been in talks with local First Nations on they can work together.