A 20-year temperature record falls in Vanderhoof during heatwave 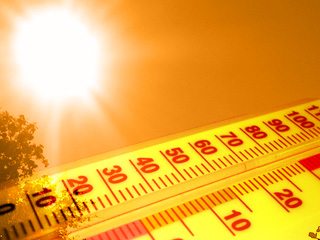 Vanderhoof residents will be able to party like it’s 1998.

According to Environment Canada, the Nechako Valley community broke a 20-year temperature record on Sunday during this blistering heatwave.

However, the winds of change could be rolling in as soon as today with some rain in the forecast along with potential thundershowers.

“It will be mainly sunny this morning and then this afternoon we will see a mix of sun and cloud with a chance of showers and or thundershowers and there is also a risk of hail this afternoon with some gusty winds of up to 70 kilometres per hour.”

A Smoky Skies Bulletin remains in effect within Northern BC along with the rest of the province due to wildfire smoke from across Canada and Siberia.